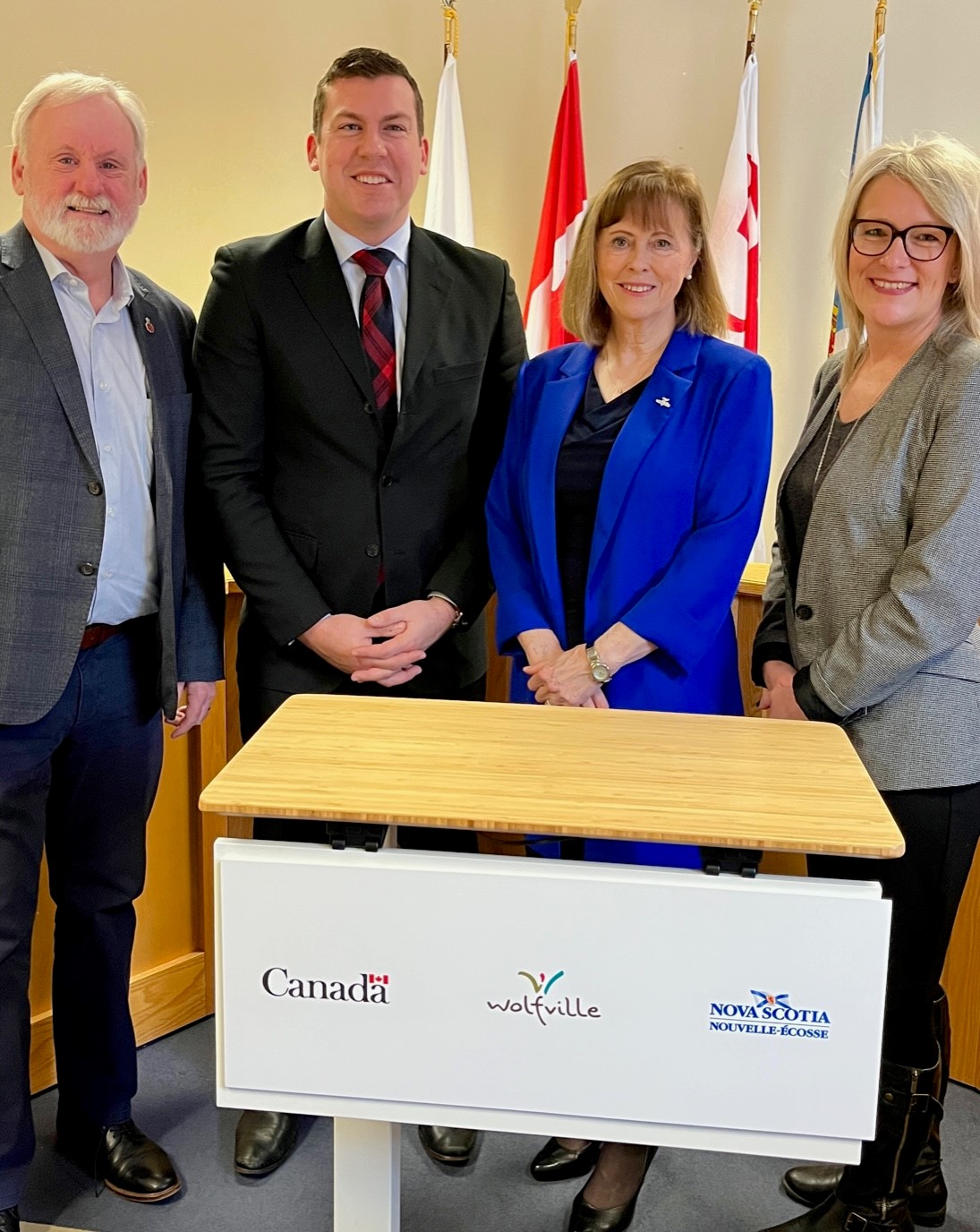 Wolfville, Nova Scotia, January 13, 2023—Today, Kody Blois, Member of Parliament for Kings—Hants, Melissa Sheehy-Richard, Member of the Legislative Assembly for Hants West, and Her Worship Wendy Donovan, Mayor of the Town of Wolfville, announced $6 million in joint funding for upgrades to the wastewater treatment plant in Wolfville.

Through this investment, the Wolfville wastewater treatment facility will receive upgrades that include a newly constructed third lagoon cell and protective raised barrier, an improved aeration system, and a new operational monitoring and control system. This project will help improve the wastewater treatment plant’s efficiency and increase treatment capacity, protecting nature and residents through a higher quality of wastewater and sewer disposal systems.

By investing in infrastructure, the Government of Canada is growing our country’s economy, increasing the resiliency of our communities, and improving the lives of Canadians.

“I am proud to see the second phase of the Wolfville wastewater project move ahead. This infrastructure investment builds upon an initial investment in 2019, and is fundamental to the continued growth of Wolfville so that more residents, businesses and visitors can enjoy what the area has to offer.” - Kody Blois, Member of Parliament for Kings—Hants, on behalf of the Honourable Dominic LeBlanc, Minister of Intergovernmental Affairs, Infrastructure and Communities

“Modern and efficient water infrastructure is key to building healthy and resilient communities. This investment will help keep the Town of Wolfville safe, healthy and environmentally sustainable for many years to come.” - Melissa Sheehy-Richard, Member of the Legislative Assembly for Hants West, on behalf of the Honourable John Lohr, Minister of Municipal Affairs and Housing

“The expansion and upgrading of our wastewater infrastructure is a critical element of the Town’s growth. Wolfville welcomes visitors, students, and permanent residents from around the Country and the world. This is a needed and welcome investment in our future prosperity.” - Her Worship Wendy Donovan, Mayor of the Town of Wolfville