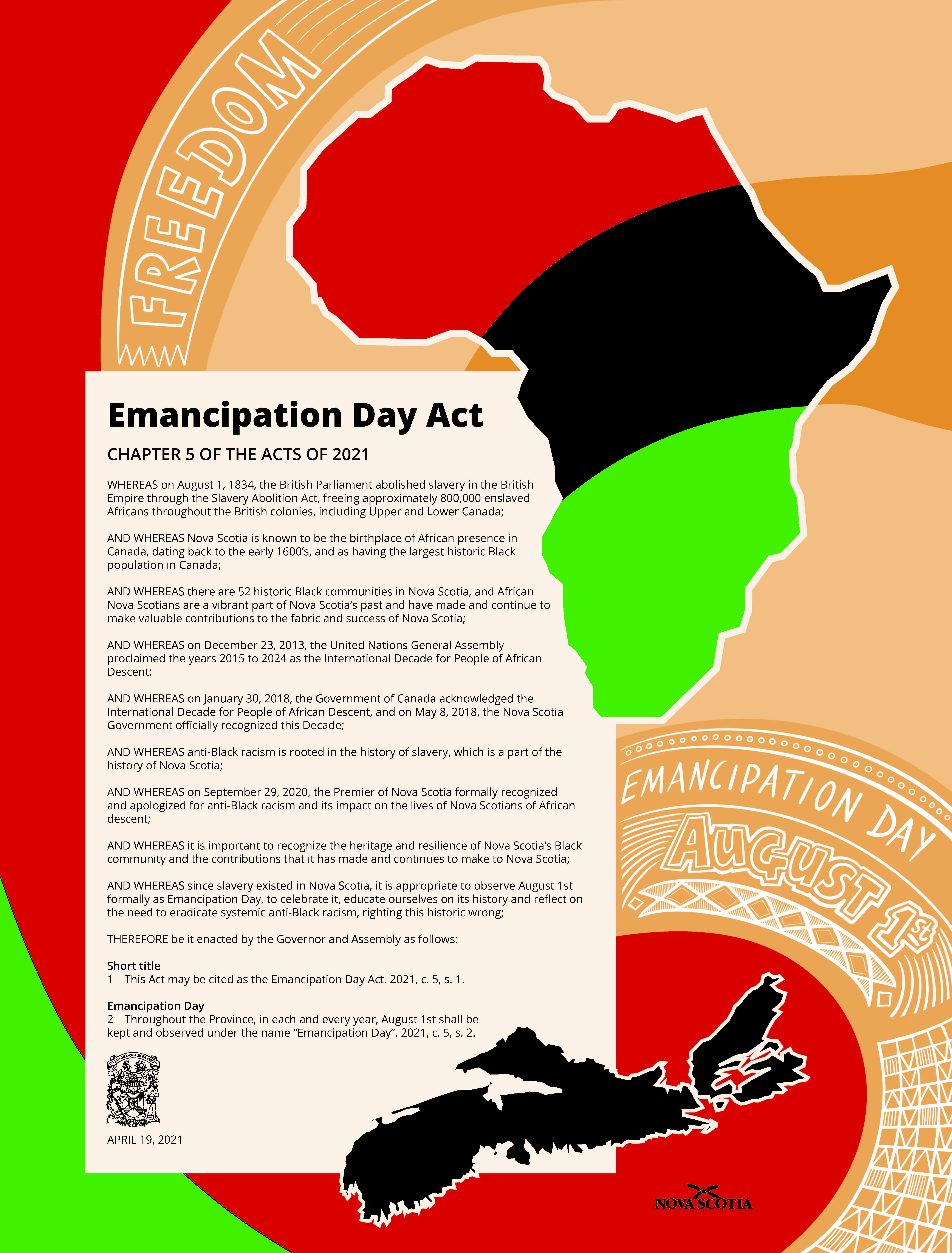 Around the world, the first day of August is known as Emancipation Day. It is the anniversary of British parliament’s decision to abolish slavery across its empire in 1834.

The Slavery Abolition Act 1833 (which took effect in 1834), freed about 800,000 enslaved people of African descent throughout the British colonies.

Nova Scotia officially designated 1 August as Emancipation Day in the legislature on 13 April 2021.

You can watch it online at https://www.youtube.com/channel/UCvhchr5qdce12SScEvKGiPw.